It is in the depths of great sorrow that I report the passing of my father, Ed Truhlik, who lived a good long life until Congestive Heart Failure took him suddenly from us on Tuesday morning, October 11, 2016.

It was overwhelmingly traumatic while on the phone with the 911 dispatcher as my Dad was gasping for air. The EMS Techs and the guys from the fire department worked on him for 40 minutes but couldn’t bring him back. It was devastating.

At least he’s no longer in pain. For the last few years, my Dad suffered tremendous pain in both his shoulders. The arthritis had him bone on bone in both. He desperately wanted to have surgery but no one would touch him because, at 88, he was declared a high cardiac risk. So he suffered every single day. The only saving grace with his passing is knowing that he’s not hurting anymore.

My father was a great man. Everyone who met him loved him. He was a very genuine down-to-earth man. A big man, he stood 6 feet tall and hovered around 234 lbs. but he was gentle and quiet.

He certainly was no stranger to hard work. A bull-worker I’d call him. He was an awesome provider and worked hard all his life, retiring in 1990 from his job as a Millwright (skilled tradesman) at General Motors (Harrison Radiator, the radiator and air-conditioning division of GM in Lockport NY). When he wasn’t working for GM, he was busy working around the house. “Tinkering” he’d call it. He was always doing something, fixing something, building something. He stayed busy.

It was especially sad that in recent years he was no longer able to really do much. He had neuropathy in his feet and it made him very unsteady and he used a walker to get around. Over the last year that he and my Mom have been staying with me, he fell a number of times, each time requiring a call to 911 for a lift assist request from the wonderful guys at the fire department. It was heartbreaking to see my big strong strapping dad lying helplessly on the floor. As they say, getting old ain’t for sissies.

My dad was a proud military veteran, having served in both the Navy and the Army — serving on Naval supply ships during WWII and then transferring to the Army he served during the Korean War. He was a paratrooper with the 82nd Airborne and was later an MP (Military Police) at Fort Bragg, North Carolina. My parent’s car sports an Airborne license plate and so many times people have stopped and went out of their way to approach my Dad and thank him for his service. I always thought that was so nice. 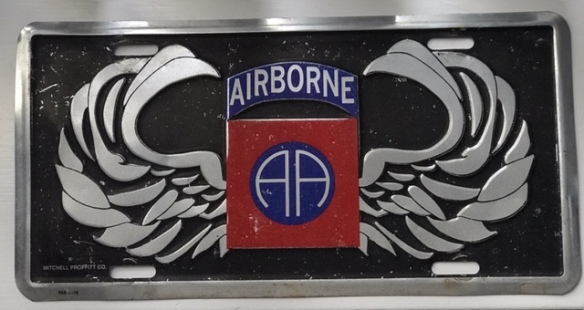 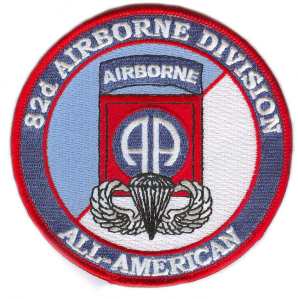 A few years ago when my folks were visiting, we were sitting out on my deck on a gorgeous Spring day when I started asking my Dad about his military days. He began recounting and reminiscing and as he talked, I sat there and took notes on my iPad. There were some stunning revelations that I never knew about his military service. It was incredibly interesting and I’m so grateful that we had that conversation. He had such a rich history!

One of the many things that I’m going to miss about my dad is seeing all his tattoos. He had several, I think 13, and they looked so cool. Getting all of them during his early military years they were old faded blue that was the telltale sign of that era, and they looked so fantastic on his tanned body. He loved to sit in the sun so he was tan year ’round.

He had tats of naked women on his arms and thighs, a crucifix on his upper arm, sparrows above each tit, one reading “Sweet” and the other “Sour”.  Plus some other designs, including a parachute to honor his 43 jumps. Probably what I loved the most were the tats on his knuckles: on one hand were the letters L O V E and on the other his name E D D Y. I was holding his hand after he passed and rubbing those knuckles on the hand that had his name. I thought how sad that I’m never going to see his tattoos again. They were just so much a part of him and his history.

I will be forever grateful to have spent this last year with him. My folks came down (from North Carolina) last November to spend the winter with me, but my Mom ended up having open heart surgery in February so they’ve been here all this time as she has been recovering. I would’ve been more than devastated if he had died so many miles away from me.

During this past year, I’ve had the privilege of learning more about my Dad, his childhood and his life. I’ll miss the dinnertime conversations and all the opportunities I had to ask questions. I’ll miss taking him to Costco where he loved to sit in the food court, watch people and eat hot-dogs while I shopped. I’ll miss taking him to Rick’s Flattop Shop for his haircuts, where he so enjoyed talking about the good ol’ days with the barber. 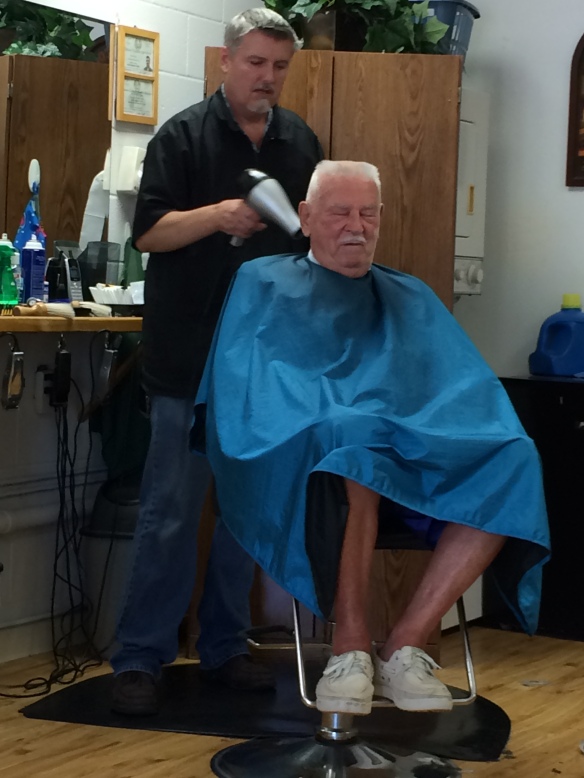 Thankfully we’ve had all this amazing quality time together over the last year. Talk about priceless!

More than anything, I’m forever grateful that God gave me the wonderful man that was my father. He will be greatly missed by many, and especially by our family.  One thing that I know for sure: he loved me deeply. There wasn’t anything in the world that he wouldn’t do for me. And I loved him so much.

I miss you Dad! Keep an eye on me from up above and give me some signs that you’re still with me. You’ll always be in my heart. Thank you for being such a great father. I love you always.