In Loving Memory of Finnegan

Three years ago today my boy Finnegan made his transition to the big Rainbow Bridge in the sky. We had such a short time together, eight months only. When I adopted him, even before the adoption was finalized, I took him in to get a dental cleaning but during the examination, my vet told me that we wouldn’t be doing the dental that day because his lymph nodes were swollen. She didn’t like the feel of them and decided to do a needle aspiration. A few minutes later she came back into the exam room and told me the news: Finnegan had Lymphoma.

She was as devastated as I was. She told me that I might want to consider not adopting him because she didn’t think my heart could take losing yet another dog. I had just lost three in less than a year, two within six weeks of each other. It had been a grief-stricken year and she was concerned that one more loss might be more than I could bear. She said she really wanted to see me get a dog that I would have for years. As it was, Finnegan’s prognosis was one to three months.

But I refused to even consider getting another dog. I went ahead with the adoption so Finnegan would go out of this world being a family member and part of a loving home. We went on to treat the Lymphoma with steroids. Whenever he had a flare up his lymph nodes would swell and I’d take him to my vet; she’d give him a power shot of steroids, send me home with a prescription and a word of warning to get prepared because the end could be very soon. But we’d go home and I’d treat him with the prescriptions plus Fish Oil supplements and the swelling would go down and he’d return to normal within a day or two. And then we’d have a few more months of remission, until the next flare-up.

Instead of the one to three month prognosis, Finnegan and I had a fabulous eight months together. He had an amazing spirit! He was a young boy of five years and he had playful energy. He loved to play with the ball and the Frisbee in the yard. He’d toss the ball up in the air and catch it in his mouth, throw it down, make it bounce, catch it in his mouth then run laps of glee. I’d toss the Frisbee and he’d retrieve, run around with it, chew on it for a while and then bring it back for me to toss again. Inside, he loved his stuffy toys. Watching him play, no one would’ve ever guessed he was sick. He had a zest for life and he didn’t want to leave.

I’m convinced that Fish Oil had a lot to do with the extra months we had together. My vet informed me that some studies had shown that fish oil had an effect on suppressing or slowing the growth of the lymphoma cancer cells. So I loaded him up on Fish Oil every day. Instead of giving him the recommended two to four capsules each day, I was giving him twelve to eighteen capsules every day. He loved them. I usually put them in his food but he’d take them right out of my hand and eat them like treats. He recovered from several flare-ups, against all veterinarian expectation, and I really do believe the Omega 3 Fish Oil capsules played a big role in those recoveries. That, and maybe the fact that he was loved so very much.

I miss you sweet Finnegan! You are forever in my heart. Until we meet again, may you be tossing balls and running on clouds. Remembering you today, and always. 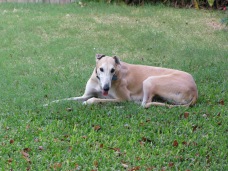 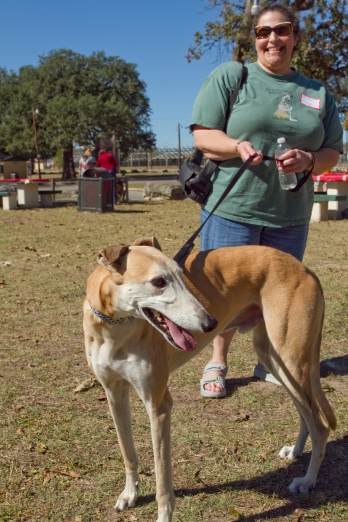 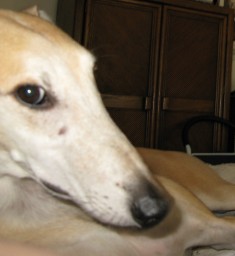 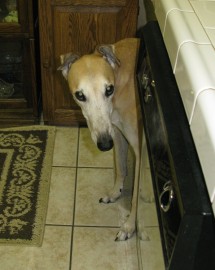 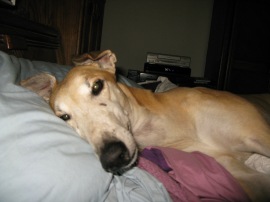 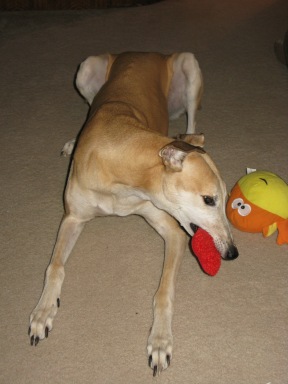 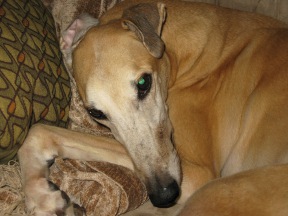 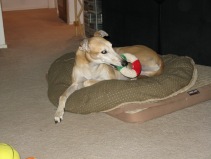