Charles Allen Gilbert completed the classic black & white optical illusion in 1892. It can be seen as a pretty girl admiring her reflection in a mirror, or as an ominous skull in the background. The tableau is exquisite and the message is clear.

Illusion: the image created by imagination and having no objective reality. Things look different than they really are. Illusion is something that deceives by producing a false or misleading impression of reality, a false impression.

Do you get caught up in the constant drive to achieve some ideal and seemingly unattainable version of yourself and your life? I do. Or I should say I used to. I don’t so much anymore because after 50 years it’s finally sinking in that so much of what I see is illusion.

I see model-thin women, making self-deluding statements with their latest must-have fashions, and for years I’ve been insanely jealous but now I know that what lies beneath the veneer of confident smiles is a woman who is just as unsatisfied with her body as I am with mine.

Every day I see façades of happy couples but I know that behind the façade is a pair of individuals who are essentially miserable being married.

I see those who have so much money they couldn’t possibly spend it all in a lifetime, yet they hold on to it so tightly as if that money defines their identity and is inextricably tied to their core being. I can’t help but yearn to have that kind of money and I tell myself, with me, it would be different; I wouldn’t fall victim to its spell. But is that the truth?

I look to all the mansions and expansive homes with indulgent envy but I’m pretty sure now that the people inside are just as fucked up as the rest of us.

TS Eliot said “Humankind cannot handle very much reality.” I’d say that’s probably not far from the truth. We all seem to live in a land of illusion and for the most part, we seem to be pretty okay with it…maybe because we don’t even realize it.

So, is reality overrated? What do you think? Is illusion a preferred state?

Welcome to the grand illusion
Come on in and see what’s happening
Pay the price, get your tickets for the show
The stage is set, the band starts playing
Suddenly your heart is pounding
You’re wishing secretly you were a star 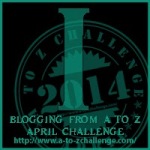