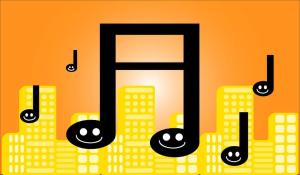 Wow, it feels weird jumping right back into a blog hop after having been MIA for so many months. Life has been challenging these last few months, in so many ways, and one of these days I might do a post about it all. But before anything, I want to say how much I’m looking forward to reconnecting with all of you. I’ve missed you guys! And please don’t take my absence and my lack of visits to your blogs personally; I didn’t visit anybody. I may have dropped in once or twice to a couple of folks but essentially I was completely off the blogging grid.

I was so off the grid that when I was tweaking some of my pages the other day I literally forgot how to do things, like work with theme menus and even —shocking! —- I had to do a refresher on creating a YouTube playlist! Talk about coming out of the fog!

Anyway, I’m excited that May is my month to be guest co-host and conductor to the Monday’s Music Moves Me hop. Thank you all for your thoughts and prayers over this time and especially thank you to those who dropped in to check on me and say hi with an email or Facebook message. I truly appreciated those connections.

I’m going to ease back into this slowly, for my own sanity (and probably to the relief of many of you out there!) 😆 So let’s do this already!

This first Monday in May is a 4M Freebie, meaning there is no specific theme to follow and we can present any kind of music we want.

I was channel-surfing the other night and happened upon HBO which was airing the 34TH ANNUAL ROCK & ROLL HALL OF FAME INDUCTION CEREMONY. Naturally that stopped me in my tracks and I watched and enjoyed the whole thing. During the show I decided to feature the 2019 Inductees for my Freebie feature.

In case you missed it, this year’s Rock & Roll Hall of Fame Induction Ceremony was held at Barclays Center in Brooklyn NY on March 29th. For those who may not be familiar, the Rock and Roll Hall of Fame, located in downtown Cleveland, Ohio, on the shore of Lake Erie, recognizes and archives the history of the best-known and most influential artists, producers, engineers, and other notable figures who have had some major influence on the development of rock and roll. The Rock and Roll Hall of Fame Foundation was established on April 20, 1983, by Ahmet Ertegun, founder and chairman of Atlantic Records. In 1986, Cleveland was chosen as the Hall of Fame’s permanent home. (On a side note, my favorite Sirius XM Radio station, Classic Vinyl, (channel 26) is broadcast live 24/7 from the R&R Hall of Fame in Cleveland. Having spent a number of years of my career working in radio (at stations in Washington DC and Austin, Texas), whenever I hear the on-air personalities mention where they are broadcasting from, I always think how cool it would be to work for a radio station located inside the R&R Hall of Fame! That’s some major atmosphere there.)

This year’s inductees are, in no particular order:

The show was quite good, with several decent performances and some interesting and inspiring acceptance speeches. You can find many of them on YouTube. I’m including the one that impressed me the most, mainly because I learned something about one of the band members that I was surprised I didn’t know already. More on that later.

My playlist today features my favorite songs by the 2019 Inductee artists. I hope you enjoy it. Without further ado, here is some great rock and roll for your listening pleasure. It’s a long playlist so you can just hit Play All and listen to great songs by these inductees or go through the list and pick out which ones you want to hear. There are some neat videos too so be sure to check them out. As far as the videos goes, I’m curious to find out which is your favorite.

That was some great rock and roll, no? You can find the performances from the Induction Ceremony event online. There are lots of YouTube videos of the various performances and speeches from that night. Here’s the induction speech that I liked best, from lead singer Joe Elliot of Def Leppard. Below is the entire speech and it’s really good, particularly starting at the 5:00 minute mark, when Joe talks about the band’s rise to success, the tragedies endured and the strength and loyalty that kept them together all these years. It gave me a whole new appreciation of Def Leppard.

As to what I didn’t already know about this group: I noticed while Def Leppard was performing during the ceremony that the drummer, Rick Allen, didn’t have his left arm.  Then his car accident that caused the loss was referenced in Joe’s speech. The accident happened at the end of 1984 and I wondered how in the world I hadn’t heard about that news, being so tapped into rock as I was back then. But that was also the month that I graduated from college and was preoccupied with moving from Ohio back to my home in Niagara Falls. I was curious so I dug around online for some info and found some fabulous interviews with Rick Allen after his accident and recovery. His story is beyond inspirational.

The basic facts of the accident (per Wikipedia):

On the afternoon of 31 December 1984, Allen was involved in a car accident with his then-girlfriend Miriam Barendsen on the A57 road in the countryside a few miles west of Sheffield.While trying to pass another car at a high speed, he lost control of his Corvette C4, which hit a dry stone wall and entered a field. He was thrown from the car because his seatbelt had been improperly fastened, causing his left arm to be severed. His girlfriend suffered head, neck and spine injuries from severe whiplash. Doctors initially reattached Allen’s arm, but because of an infection, it had to be re-amputated. His right shoulder was also severely broken in the accident.

There is a good series of interviews with Rick talking about his accident, the devastation of a drummer losing an arm and how that might surely be the end of his career and his place in the band, but how he overcame it and continued to play drums using his left foot as a substitute for his missing limb. It’s really incredible so if you’re interested in seeing the 3-part interview video series, here they are:

So that’s it from this end. Thanks for letting me come back into the group and kick off my comeback as your 4M conductor/co-host for the month of May. Next week will be my theme of songs about body parts (or with body parts in the title). Hope to see you for that. And I’m looking forward to making the rounds this week to check out your Freebie posts and to reconnect with you all.

Monday’s Music Moves Me (4M) is a blog hop hosted by Marie of X-Mas Dolly, and co-hosted by Cathy of Curious as a Cathy and Stacy of Stacy Uncorked and Colette of Jamerican Spice and Alana of Ramblin’ with AM. Be sure to stop by and visit the hosts and the other participants listed below:

13. Moving to Music With the Liebster Award